“Taxman” is a song written by George Harrison and released as the opening track on the Beatles’ 1966 album Revolver. Its lyrics attack the high levels of progressive tax taken by the British Labour government of Harold Wilson.

According to George “‘Taxman’ was when I first realised that even though we had started earning money, we were actually giving most of it away in taxes. It was and still is typical.”

END_OF_DOCUMENT_TOKEN_TO_BE_REPLACED

GET YOUR COPY, FREE! 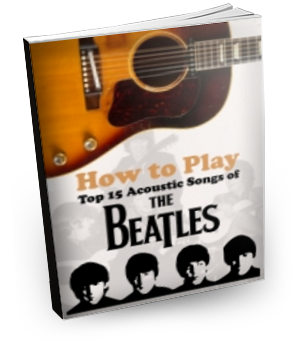 This free e-book will show you the chords (some with tabs) of the Top 15 acoustic songs by The Beatles.

We will send you confirmation Link in Your Email
Please check your email.